The Legend of St. Urho

Imagine the balmy summer air of Finland and the luscious grapes hanging in clumps from their prospering vines in a northerly vineyard. Sound a bit farcical? It gets better, including an almost biblical plague of grasshoppers, magic chanting, and the man who saves all of the wine, Saint Urho. Because in Finns’ book, whoever saves the drink of the vine, might as well be a saint. 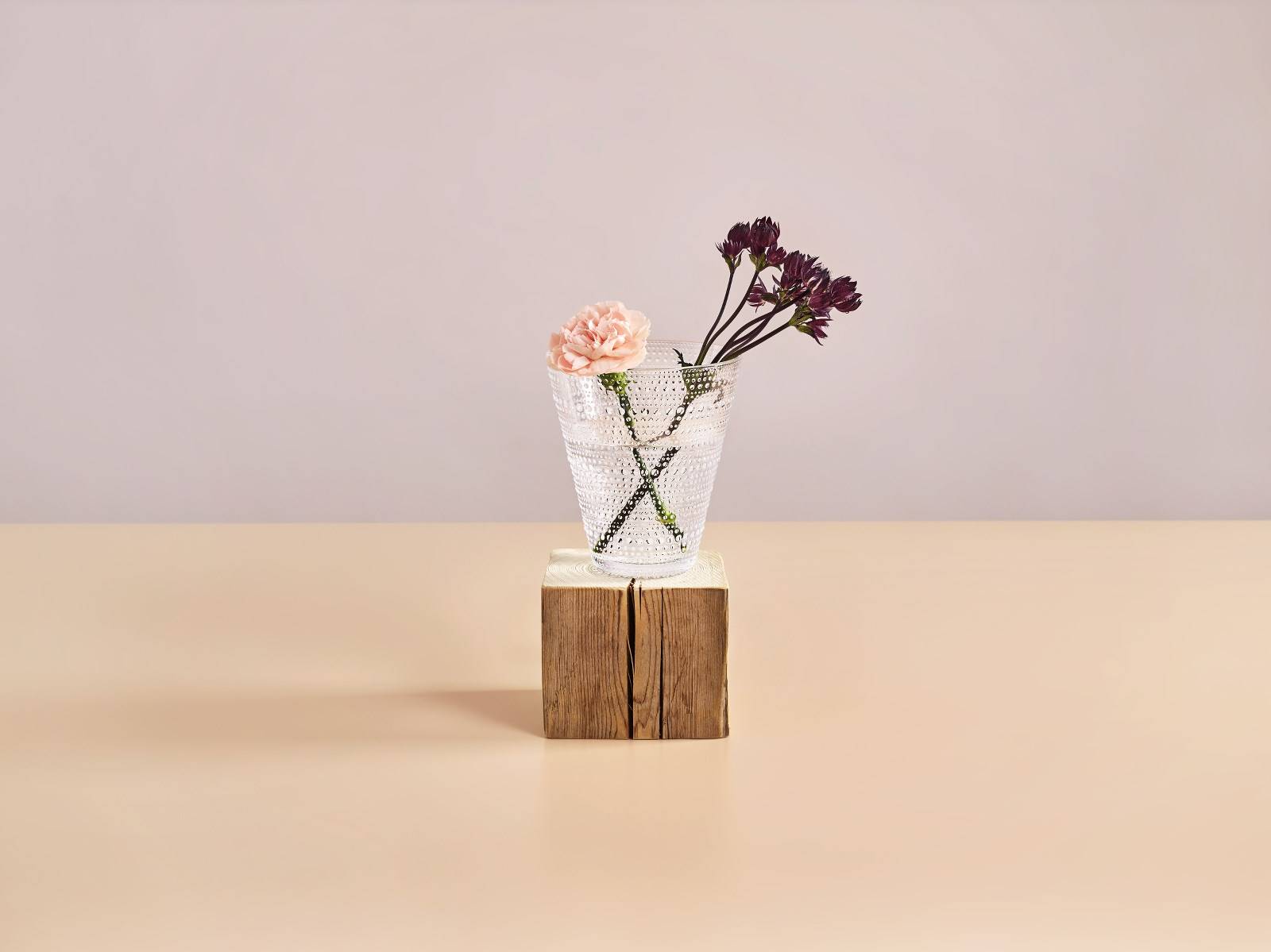 As January wanes, pretty packages of chocolate, sparkling jewelry, lush flowers, and other gifts fill the shelves with pink and red hues to prepare for Valentine’s Day. But in Finland, Valentine’s day isn’t just for lovers. Ystävänpäivä, or “Friend’s Day” is the Finns’ day to cherish their relationships with friends. We’re all for this tradition of spreading the love beyond our significant others and showing our friends just how meaningful they are to us. If you’re not yet convinced to celebrate the Ystävänpäivä way, we’ve compiled a short list of what we think are pretty compelling reasons to take a cue or two from the Finnish people.

1) Real Love Letters in a World of “likes” and “comments”.

We’ve become a culture addicted to fast interaction via our screens. Texts, e-cards, Facebook comments, Snapchats, (the list could go on and on!) serve as our main mode of communication. If you’re like us, you are probably nostalgic for the days of handwritten letters. We love that in Finland, Friend’s Day is the second-biggest season for cards sent via the postal service, they even have to employ extra workers during the holiday to ensure that every love note gets to where it’s going on time. We’ve got you covered with unique, meaningful gifts and the personal touch of a custom message. This Valentine’s, you can request a handwritten note to accompany any Touch of Finland order! 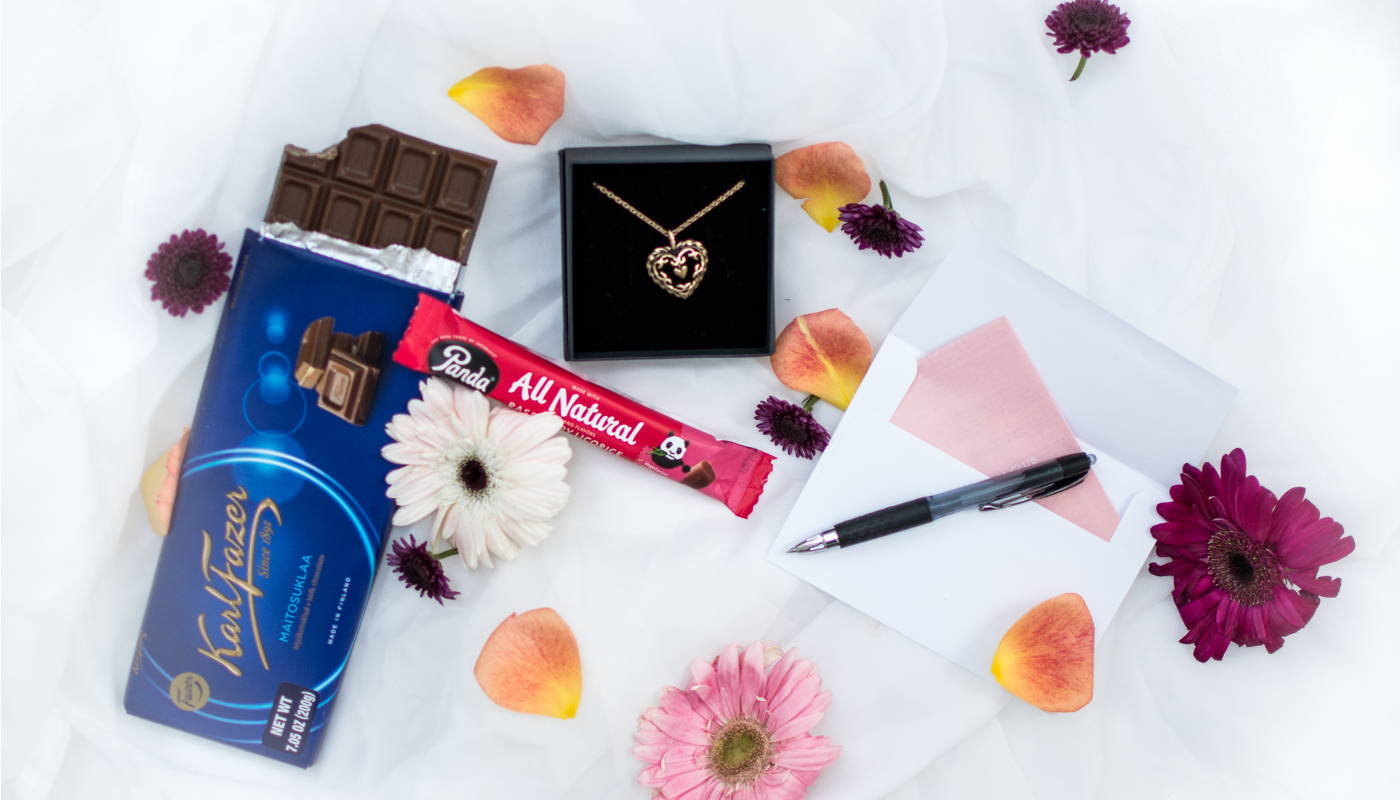 2) Another Excuse to Go Out to Brunch.

We’re not mad about this one at all! Who doesn’t want a reason to sip coffee and enjoy Korvapuusti (cinnamon and cardamon buns) with a friend? Taking your best mate out for brunch or dinner is another common way to celebrate Valentine’s day in Finland. Better yet, host a Valentine's brunch at home for all of your friends –– it’s a perfect reason to break out your gorgeous Iittala dinnerware! Forget syrupy candlelit dinners, bring on the mimosas and waffles! 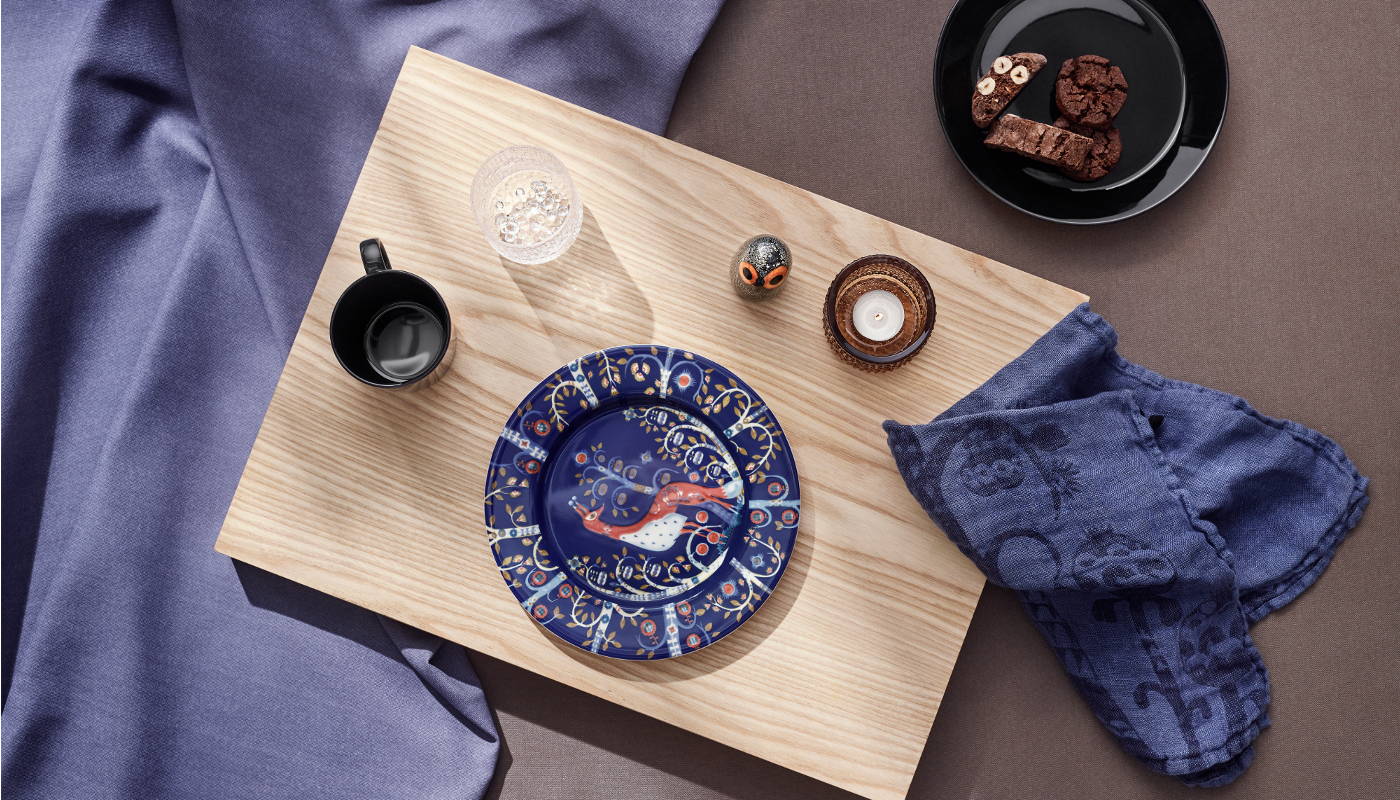 It’s not often enough that we let our friends know what an impact they make on our lives. We think it’s special and important that Finland has an entire day dedicated to showing appreciation and love to friends. Friends are a vital part of a happy life, even science backs up the idea that friends make us healthier. Let them know what they mean to you this February 14th! 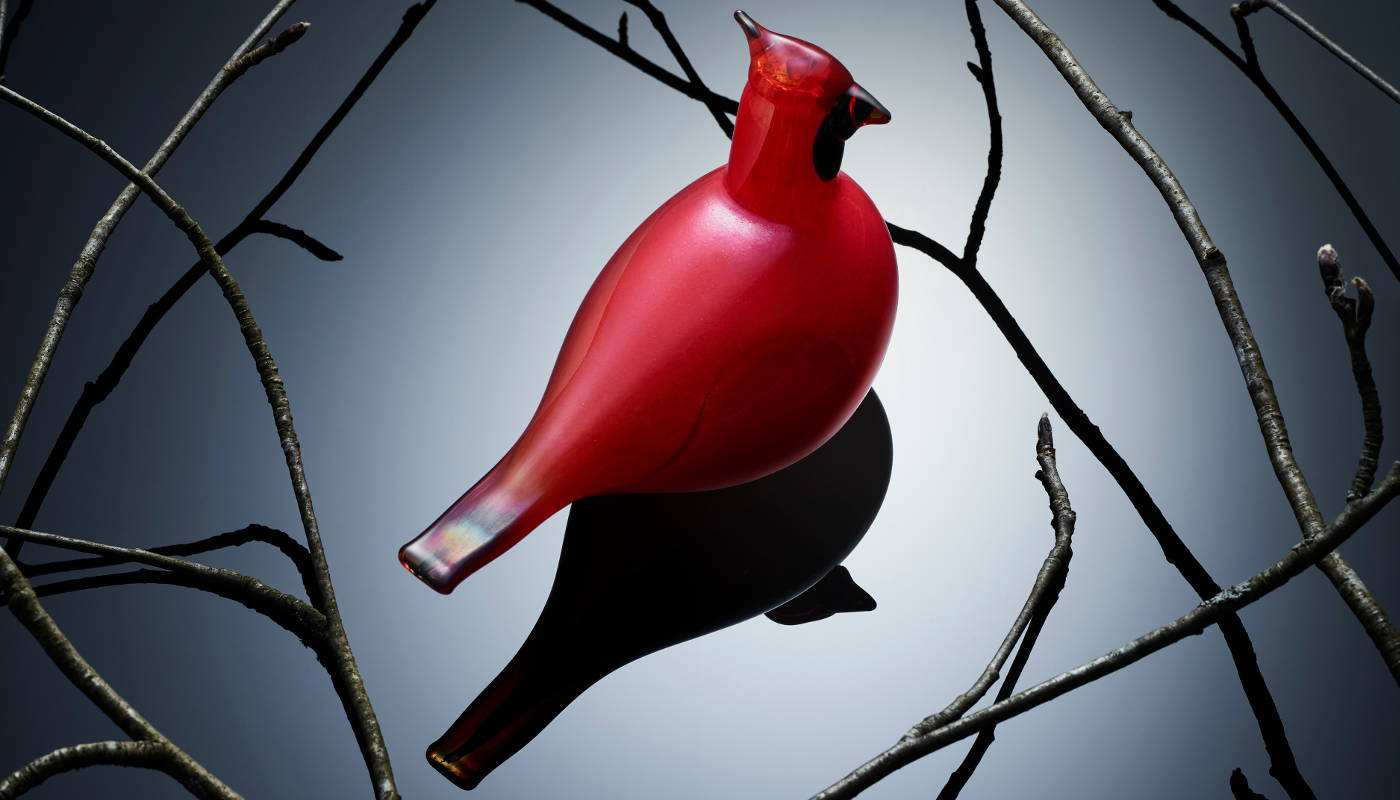 Well, we might be biased, but nothing beats the sweet, rich quality of a Karl Frazer bar! Karl Fazer chocolate is made in Finland from carefully selected natural ingredients. They say it best, “The secret of Karl Fazer's taste lies in the rich and skillful combination of natural raw materials of the highest quality: fresh milk, sugar, cocoa mass, and cocoa butter. The recipe for Karl Fazer chocolate was the result of an act of kindness and to this day the chocolate is made according to the original recipe.” 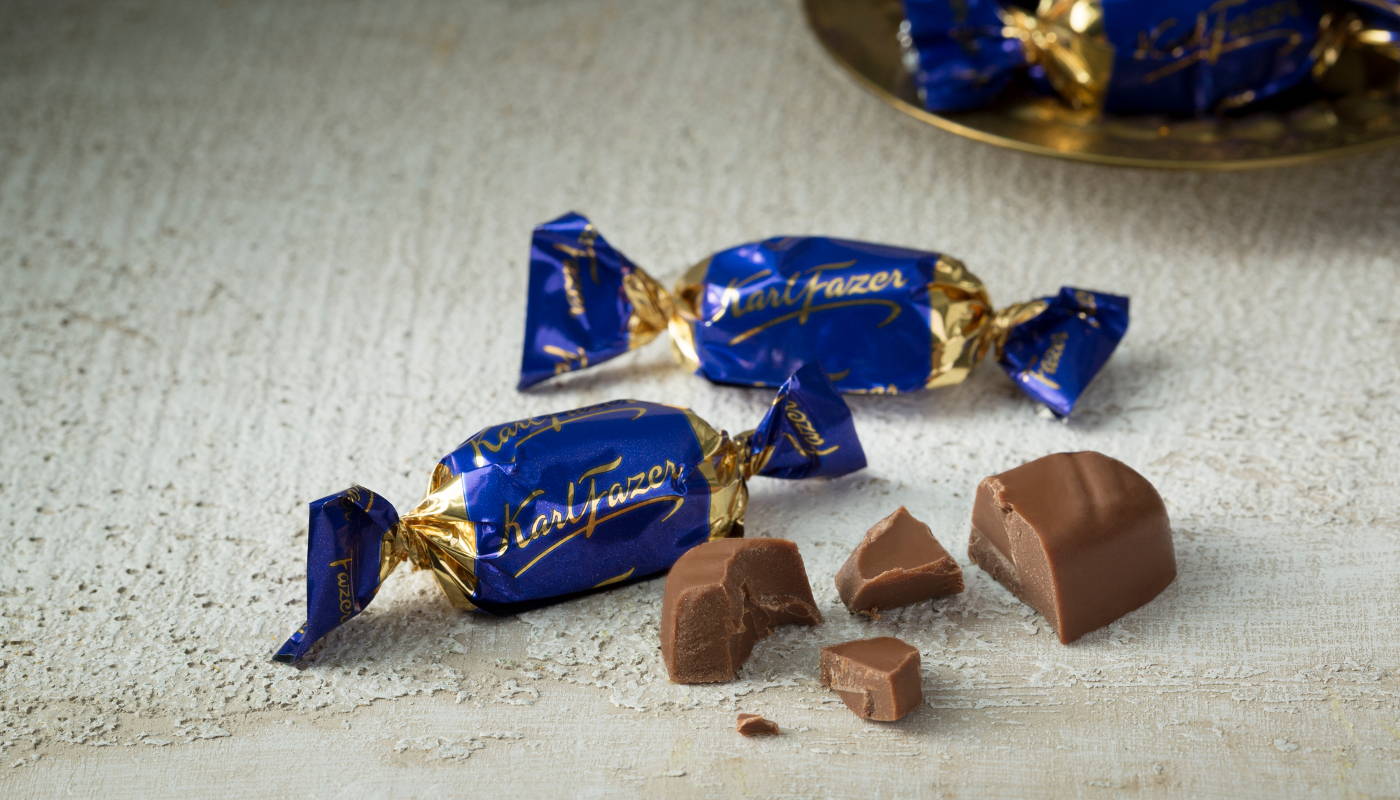 5) Avoid all the mooshy gushy stuff.

It’s no secret that us Finn’s get a little pink in the cheeks when confronted with public displays of affection, declarations of love, or really any kind of touchy feeling jargon. Ystävänpäivä gives us the perfect excuse to avoid all the romance stuff and instead just pat our friends on the back and share a laugh or two. If you’re also one of those people who feels a bit squeamish at the thought of kissing, reciting poetry, or watching a weepy love film, we suggest joining us for Friend’s day where the feels are kept under control. Check out our gift guide by clicking the image below.

To understand Valentine's Day in Finland you must first understand Finnish behavior. Unlike much of the rest of the world, Finnish people are not touchy or publicly affectionate. Public intimacy may turn Finnish faces red and bring about an uncomfortable feeling. Finnish friends are more likely to give a firm handshake rather than to greet with a hug. So what happens on Valentine's Day in Finland?

St. Valentine's day, traditionally romantic in the rest of the world, is quite different in Finland. Ystävänpäivä is the Finnish name for St. Valentine's Day. This Finnish word means "Friendship Day" in the Finnish Language, or "Day of the friends".
Some might say that Finland has improved Valentine's Day by emphasizing the value of friends instead. Friends are there for one another through good times and bad. Yet, friends get busy, lost in work, isolated, and lost in their own life dilemmas. Strong friendships seem hard to come by in this growing and ever changing world of ours. For this reason, in Finland, February 14th is a day to say 'thanks' to our friends, celebrate human generosity and to remember what friends have been beside us at trying times.
No matter whether Valentine's Day should be shared among lovers or between close friends, the shared theme of the day is to make a caring and thoughtful gesture towards a significant person in your life.

Traditionally in Finland, one would give cards and small gifts such as jewelry, candy and flowers to friends and relatives. It is not uncommon, that when presented with a gift will result a Finn's face will suddenly be blushed. Think about it, a public declaration of friendship?
Feeling Inspired? We have a Valentine's Day gift for everyone - Stop in today! BE THE FIRST TO KNOW ABOUT NEW OFFERS.